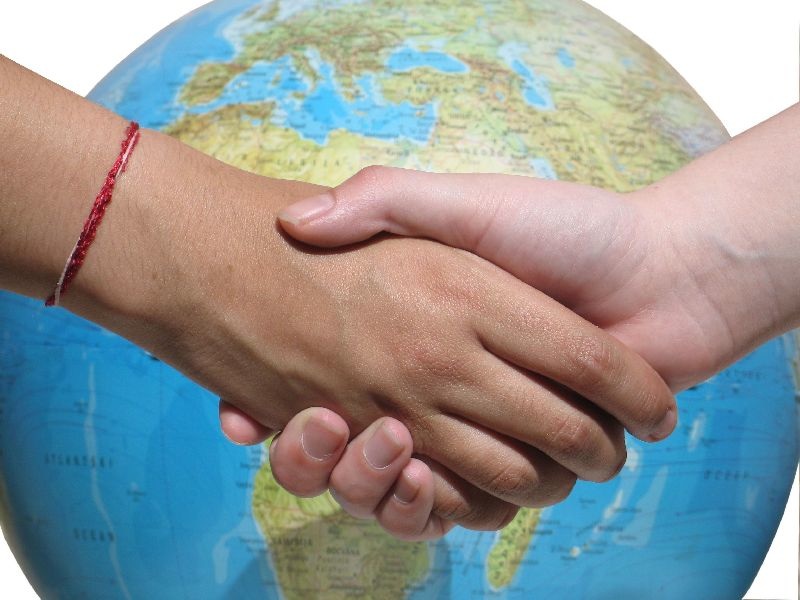 ‘When there is one Muslim in heaven, I ask God to send me to hell …’

He is from Iraqi’s Kurdistan. ‘I am ashamed of being a Muslim. Honestly! I was born in paradise. We sold our freedom to the Arabs and we get violence in place. To be far away from the Arab violence, I finally had to leave paradise. Unfortunately, they do not have enough on their own continent. Now they come in large numbers to the west and change Europe into a Muslim state. That is your own fault. It is high time to look at yourself honestly and sincerely.’

‘As a teacher I tried to educate those people a certain civilization. That they had to bring up children with love and not with weapons in their hands. That they had to curb their sexual drive. It has nothing to do with the Koran but with culture to have 12 children or more. Instead of putting one or two children into the world so they can pay their own upbringing, they saddle up Europe with this. You accept that because you feel sorry for them. Pity comes from a sense of superiority and has nothing to do with love, on the contrary.’

‘Who usually spoil the atmosphere here in Moria? Precisely, the Arabs. They disrupt the food line, they steal and they fight. They sell their stolen goods openly in the camp. The police close their eyes…’

‘We refugees come from a situation of violence. We get a roof over our heads; we get foot, clothes and even 90 Euro per month. Although the situation is everything except perfect, we should be grateful that we have arrived safely in Europe. What do they do? They are complaining and never have enough! When they get more money so they can rent their own room, they still come back to the camp to receive the free things. As a result, there is not enough food, water and clothing for others. Your volunteers come here to support us, but you are not our slaves. It is not right to let yourself use that way…’

It is not a stupid boy sitting opposite of me, on the contrary. I feel his vulnerability and his frustration. He left his country, his paradise. Housing, hospital, university, everything was free and paid for from the oil yields. True paradise, where we Westerners can only dream about. Kurds have been oppressed for centuries. They were never recognized as a nation. We even have the guts to send them back to a homeland they do not have. America and a number of Arab countries are using them to fight ‘the enemy’. The Kurds hoped for recognition, unfortunately…

I listen with an open heart. Although I do not approve everyone’s behavior, I love everyone. Even if we Westerners has co-created this situation, it is not necessary to fulfill all wishes of refugees indiscriminately, from an innate sense of guilt. In that way we not only lose our Self, we maintain the circle of violence and degenerate ourselves into slaves.

Although over ninety percent of humanity behaves in an exemplary way, the media focus on sensation and emotions. Anyway, it are those few rotten apples who demand attention and spoil the atmosphere. When we do not wake up, these rotten apples will affect the entire basket.

Love is the answer. Love is crystal-clear and bloody honest. I embrace you. I respect you and I expect you to respect my achievements and me. I expect you have an eye for my suffering, as I have an eye for yours. Some Syrians demand for a home, schooling etc. for their huge amount of children. As if they are entitled to it…

My heart is still open and free of fear. The world is a melting pot. We have to change our mind-set. It is beyond words to give up our democracy for newcomers. Our integration courses should shift their focus to equal rights, norms and values, which everyone should respect in our acquired democracy. More or less this is happening in Sweden by integrated newcomers.

That same morning I had a heavy confrontation with a Greek. ‘The biggest disaster that has chased us for centuries is that we live on the outskirts of Turkey. Muslims are not people. They send the refugees into the sea and they do not care or they drown, yes or no. Those same Muslims attack our freedom from within. Before you know it, not only this island Lesvos is taken over, but all of Europe. ‘Yes’ he says passionately, ‘you do not believe me, but that is the truth…’

Deep in my heart, I know that there is a core of truth in it. In my opinion, it is not so black or white. Even though we close all boundaries, we build up high walls, and we close our eyes, we cannot turn the tide. We can only wake up. When we stop treating those people as victims, we not only give them back their dignity, we can also call on their common sense. It is not the intention that only we have to hand in and make room. It is not more than normal that our guests respect us. They may be grateful they can live here in peace and have shelter, however simple that may be for the time being…

Everywhere on earth, matter has become our new God. Religion is misused to bring about separation. If necessary, we beat each other with the Koran or the Bible to prove that we have the truth. In the name of Allah or God we kill each other, literally or figuratively. Although Muslims are currently more openly in the spotlight, you come across radicalism within all religions.

There will come a time that we can leave religion behind us. The moment we embrace both light and dark within ourselves, no longer we have to project it outside of us. We understand that there is no difference between you and me. We transcend duality and become universal. We do not belong anywhere and yet we are part of everything.

Love is not putting your head in the sand. Love is fair and openly taking in our own place. This gives room fully to embrace that other person, who is nothing else as a part of our inner Self…

Although for many of us difficult to understand, essentially there is not such a thing as victims and perpetrators. Everything is part of the divine plan. Its purpose is nothing more and nothing less than to let every soul unfold itself at the fullest.